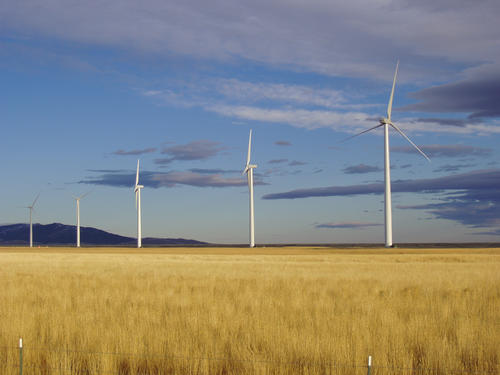 At the July Council meeting, Council staff Brian Dekiep, Mike Starrett, and Bill Pascoe of Pascoe Consulting presented the results of the Montana Renewable Development Action Plan. The plan, a joint project of the state of Montana and the Bonneville Power Administration, focused on developing a long-term strategy to support the development of new renewable energy resources in Montana. The seven-month process included participation by public and private utilities, regulators, advocates, and renewable resource developers to understand the barriers, and potential solutions, to developing renewable resources in the state. The goal is to develop renewable resources in the state for export to other parts of the Northwest.

Montana wind tends to be stronger and blows more often than Columbia Gorge wind, but the problem is getting its generation to load centers like Portland and Seattle.

According to Starrett, the work in the region did a lot to identify paths developers might use to bring Montana wind power to Northwest utilities.

"While there are still barrriers, I think everyone now has a much clearer picture of Montana's resources now and in the future as Colstrip retires," he said.

The plan recommends actions to enhance transmission--from modifying transmission agreements to enable other parties to use the Colstrip transmission system to continuing the work to relieve congestion on BPA's system to Northwest load centers.

"There's still work to be done," noted Starrett. "While there's a lot of excitement about the fact that Avista, Puget Sound Energy, and PGE all have request for proposals out for renewables right now, the fact is there is no available long-term transmission to get Montana wind to Portland or Seattle."

But, the effort to find solutions is real.

"While they need to plan for reliability," said Starrett, "BPA also realizes they need to make sure they're creating products that enable new resources to reach load centers."